THE OPINIONS/COMMENTS EXPRESSED AT THIS SITE ARE THOSE SOLELY 0F THE FLORIDA UFO NETWORK, AND NOT NECESSARILY THOSE OF THE LONG ISLAND UFO NETWORK (LIUFON)

A NOTE TO VISITORS OF THIS SITE:
My apologies to those who may have encountered a corrupted/incorrect link on this site. Links are provided for your further research and all links are correct at the time they are posted. Also, persons under the age of 18 should have adult supervision, or not navigate this site at all. If anyone encounters a link that does not represent the intent, visitors are urged to contact the network immediately at (850) 875-3569 and let us know of the problem. Unfortunately, some things are out of our control, but with your help, we can keep this site a safe and enlightening experience. Have a great day and may peace be with you always. 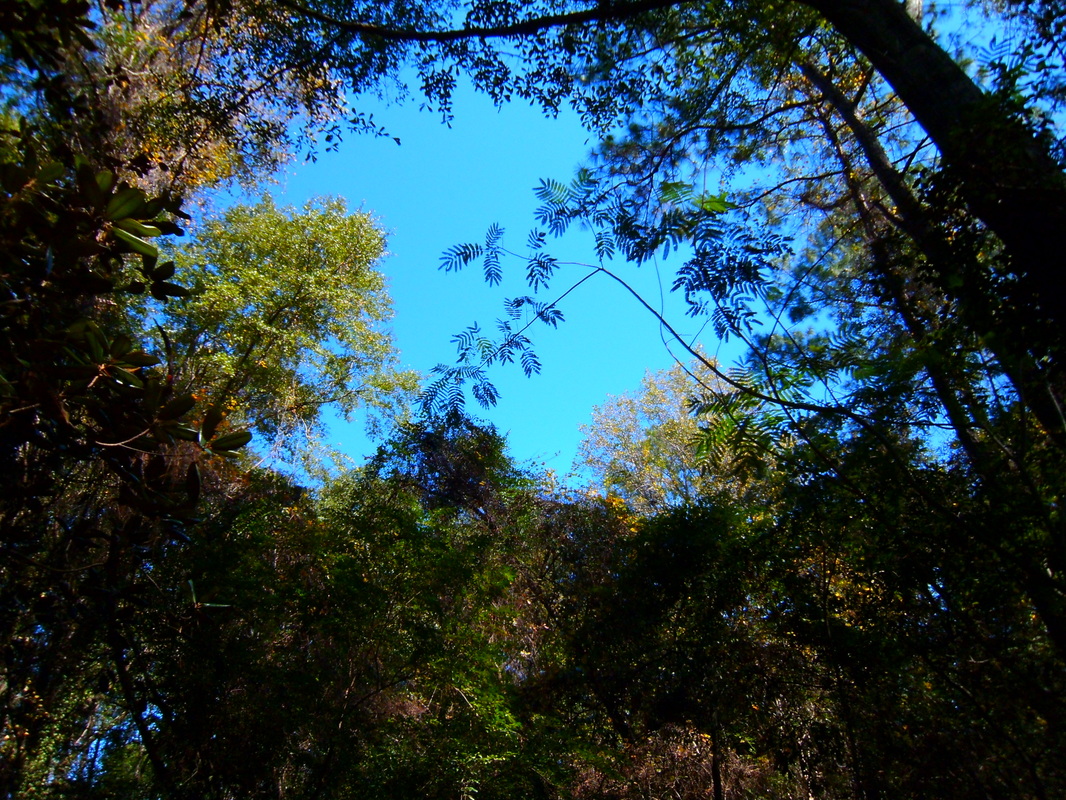 What would compel a little girl to ask the question as presented above? That was the question the little neighbor girl ask me some twenty-five or so years ago when she came over to my mother's house. Did she see something extraordinary? It wasn't until some time later that I noticed an area in the woods between the two houses that looked as if something had come down from above, as the trees were bent over in a circular pattern, almost a perfect circle. So, what do you think? More photos on the PHOTO & VIDEO page. Also, if you, the little girl who should now be in your early 20's, see this, please don't hesitate to contact me and explain.

over 30 years in the big bend region

Welcome to the website of the Florida UFO Network, now in its tenth year, I hope you, the visitor, will continue to become more enlightened on the complex UFO problem that so many do not understand, ridicule or simply ignore. This site will continue to expand to bring you the information that I feel must be shared. I hope your journey here provides you with a deeper understanding of a mystery where the answers may not be the obvious, but in fact could well be unexpected.

The Florida UFO Network was originally founded in 1991 as an affiliate of the Long Island UFO Network. Having lived on Long Island from the early 1980's until late summer of 1990, I joined LIUFON as an investigator in 1988 and participated in some very interesting investigations until my move here to Florida of which I was asked to start the Florida UFO Network as an affiliate. Unfortunately, tragic events unfolded in the early summer of 1996 when the founder of LIUFON, Mr. John Ford, was arrested under suspicious circumstances on a charge of conspiracy to commit murder. For more info surrounding John Ford's arrest, please take the time to visit
http://johnford.ufoteacher.com . Update: In late October 2019, John Ford was released from the Mid-Hudson Psychiatric Center and transferred to the Rockland  Psychiatric Center in Orangeburg, New York. For more info, please visit the LIUFON link above.

The Florida UFO Network supports serious, scientific research/investigation into the UFO enigma and condemns outlandish New Age concepts and UFO cults that have plagued this field of research for decades. But that is not to say there aren't benevolent beings from elsewhere willing to guide the human race to a more positive/productive future. We, as human beings must learn to get our own house in order and therefore not expect another race of beings to do what is our responsibility...to rid this planet of the evil that pervades every segment of society, in every country and everywhere on this planet...both above and below.

Common sense research and investigation that may eventually lead to meaningful evaluations of witness sightings to UFOs, paranormal experiences and other anomalous events is what the Florida UFO Network strives to do. If you have witnessed any of these strange occurrences, please feel free to report them here. Keep in mind that if you choose to report a UFO sighting there could be other mundane causes that would lead a witness to mistakenly construe a sighting to be a UFO. Other planets, conventional aircraft, drones and other mundane causes have all been culprits in deceiving witnesses to report them as UFOs. Your report will contribute greatly to the already massive body of data now available for research in this field of study.

To report your UFO sighting or other anomalous experience you can call 850-875-3569 or send us your report  to paraguy.007k@yahoo.com or simply visit the REPORT YOUR UFO SIGHTING page for guidelines and useful info.

--- ..."THE  "DEBUNKING" AIM WOULD RESULT IN REDUCTION OF  PUBLIC INTEREST IN "FLYING SAUCERS" WHICH TODAY EVOKES A STRONG PSYCHOLOGICAL REACTION. THIS EDUCATION COULD BE ACCOMPLISHED BY MASS MEDIA SUCH AS TELEVISION, MOTION PICTURES AND POPULAR ARTICLES. BASIS OF SUCH EDUCATION WOULD BE ACTUAL CASE HISTORIES WHICH HAD BEEN PUZZLING AT FIRST BUT LATER EXPLAINED. AS IS THE CASE OF CONJURING TRICKS, THERE IS MUCH LESS STIMULATION IF THE "SECRET" IS KNOWN. SUCH A PROGRAM SHOULD TEND TO REDUCE THE GULLIBILITY OF THE PUBLIC AND CONSEQUENTLY THEIR SUSCEPTIBILITY TO CLEVER HOSTILE PROPAGANDA." ---


--- "THE PUBLIC HAS A RIGHT TO KNOW." --- "IT IS TIME FOR THE TRUTH TO BE BROUGHT OUT IN OPEN CONGRESSIONAL HEARINGS...THROUGH OFFICIAL SECRECY AND RIDICULE, MANY CITIZENS ARE LED TO BELIEVE THE UNKNOWN FLYING OBJECTS ARE NONSENSE." ---